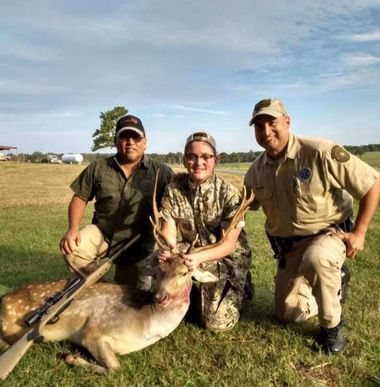 Born the fourth child into the Leal family, Remington arrived at 6:09 the morning of July 16, 2002 in McAllen, TX. After an uneventful pregnancy, following three siblings into the world, nothing could have prepared his parents for what was to follow. He struggled immediately upon birth. His little chest looked like it couldn’t contain his enlarged heart which heaved up and down with each breath. They whisked him off to the NICU where his parents didn’t even hold him until he was a week old. Our pastor was called in for prayer at this time. That was only allowed because they were air lifting him to Corpus Christi for further testing. Dr. Grenier, who was familiar with Dr. Towbin, was the pediatric cardiologist in McAllen. She came to the family and said she suspected it was a genetic condition, that all of the children should be taken to TXCH in Houston and have all of them tested. Wow! We were certainly not prepared to open that can of worms!
After nearly another week in Corpus Christi, Remington arrived back in McAllen. We demanded they complete the paperwork to release him. Reluctantly this was done. We found out later the nursing staff didn’t expect him to live. After just one week at home, Remington woke up projectile vomiting and was unable to nurse. His mom took him to the pediatrician who sent him by ambulance from her office. He was so fragile, they made no attempts to sustain his life while enroute. It was explained later that life-saving measures at that age and under those conditions are often riskier. Remington was there for another week, where he received a blood transfusion which helped with his coloring. He was barely released in time to fly to Houston with his family to TXCH. We arranged to have four adult family members there, so each child would be with someone they knew. It was determined that Remington had cardiomyopathy called LV-noncompaction, also known as Barth syndrome. His older brother Riley also had a mild case of it and it appeared that his two sisters were genetic carriers and could pass it on to their male offspring. Yup! A great big can of worms! But God is bigger than all that! We had many people praying for us and they continued to do this for the next decade or so.
The family made quarterly trips back to TXCH for follow-up appointments where the multiple medications were adjusted. The doctors wanted the drugs to help Remington’s heart, as the only “cure” was a heart transplant. God showed His power and slowly Remington improved having very few setbacks. He did end up in the hospital two other times the first eight years of his life. Finally, by age 10, an attempt was made to remove all medication. Over the course of a year his heart function declined, and the medication was resumed.
Remington’s family relocated to Houston during June of 2015, due to his father’s employment. HWH invited Remington on a hunt in March of 2017 and that’s where his “normal” life began. He didn’t even know he was so different until he met others with heart conditions. This was instrumental to the whole family. We have all found acceptance and camaraderie in dealing with this life altering condition. 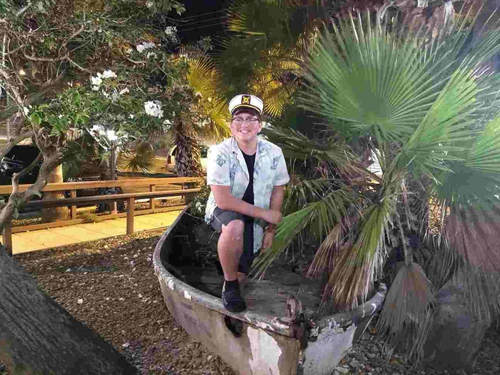 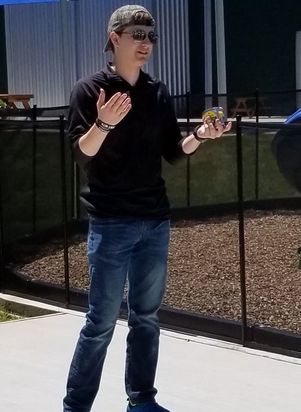 My name is Nicholas Pelham and I was born here in Texas on March 07, 2001. When I was three years old my family and I moved to Hiawassee, Georgia but a year later we returned to Cypress, Texas. While in sixth grade, during a sports physical, a benign heart arrhythmia (heart murmur) was discovered. I was followed by a cardiologist annually with no restrictions; I was just another teen boy who enjoyed playing soccer and basketball with my friends. Three years later (2015), during my ninth grade year, I began dealing with chronic nausea and fatigue. This lasted for almost two months with no clear explanation from the doctors. In early November, my pediatrician suggested that my parents take me to the ER due to suspected dehydration. As directed, my mom took me and while there my heart stopped beating; I went into cardiac arrest. I spent the next 31 days in the Texas Children’s Hospital Cardiac ICU as the professionals tried to figure out what caused my severe heart and multiple organ failure. There were some very dark moments during that month where it wasn’t clear whether or not I would survive. Halfway through my stay, I was told I would require a heart transplant. My parents and the staff were going through the process of getting me on the list and I was scheduled to have open heart surgery to have an LVAD device attached to my heart. During the preparation stage, my body and heart began to show signs of improvement. Through what is rather miraculous on God’s part and the incredible efforts of the medical staff, I left the hospital 2 weeks later without ever having the LVAD surgery or a heart transplant. Six months later, I had an ablation to help remap the electrical firings of my heart and over the next two years I was weaned off all my cardiac medications. As of now, my heart is literally in better shape than it ever was before. Simply stated, I suffered arrhythmia induced cardiomyopathy. Although not 100% certain, the doctors believe I may have had an infection in my heart that didn’t “play well” with my arrhythmia which lead to my heart failure.

It is hard to explain how going through something like that, as a fourteen year old, can impact you or your family; between questioning why to praising God for still being alive, it can really take an emotional toll. I know it all happened for a reason and I have purpose. My family and I praise God every day. As of 2018, I am a healthy senior in high school. I am working on completing my Eagle Scout project for Boyscouts and am an active youth leader in my church youth group. I am working at my first job, am preparing to go to college and enjoy hanging out with my friends. Thanks be to God!

Being part of Hunt with Heart has been an amazing experience. The guides and staff are dedicated to each of us and to making each hunting experience as well as the other activities so very special. I have seen and experienced outdoor adventures that I never thought possible. It has also been humbling and comforting to interact with other kids, while not the same story, each with our own traumatic journey. My family has made friends with some other families in the program who uniquely understand what these heart trauma events are like. I can’t thank Hunt with Heart enough for the opportunities they have provided. 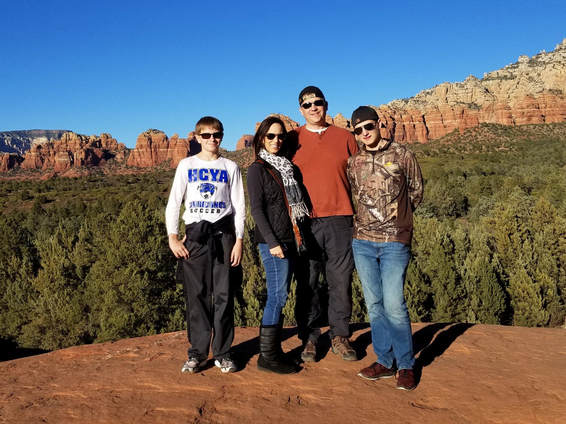