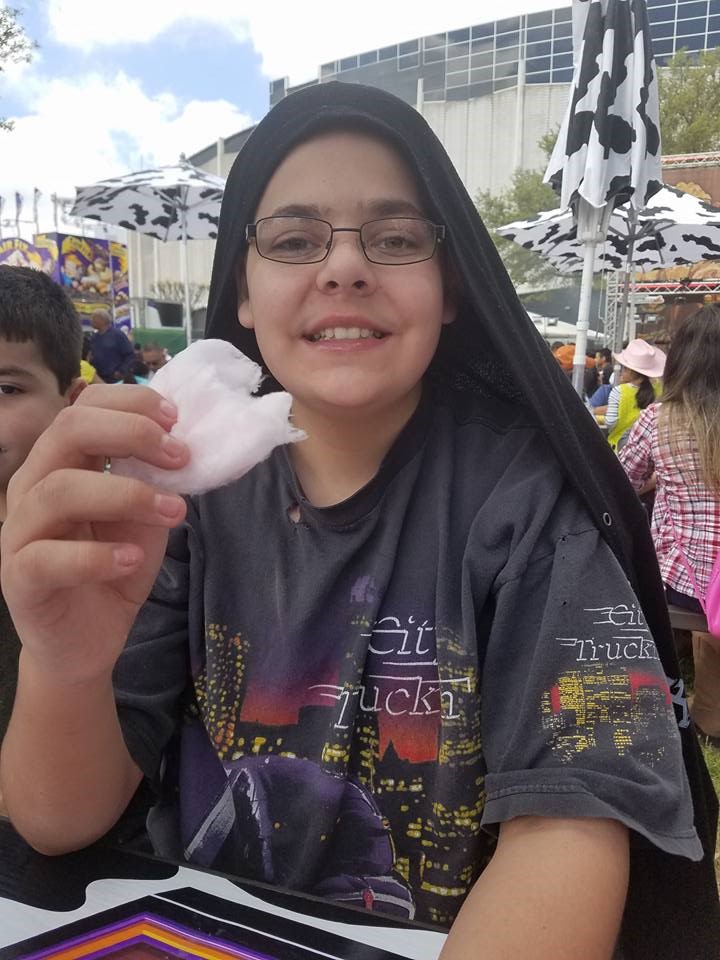 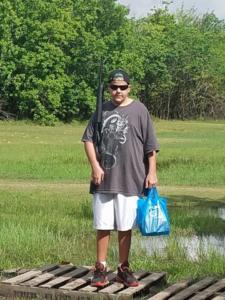 “Zak was diagnosed with hypertrophic cardiomyopathy at the age of 4, and we were told that he wouldn’t make it to his teen years. In fact, the doctor said, “Don’t blame yourself, you have done everything that you can.” The disease was handed down by his father, and while we knew he had the same disease, we weren’t aware of the seriousness of it until that very moment. In fact, being young and naive, the family always told us that “the females were more heavily affected” because Clarence was doing so well. We had no idea – we were shocked. At the same time, Clarence was finding out that his own disease progression was much further along and our oldest, Quest, also had the disease, though not quite as severe. So, we took Zak and Quest (and our youngest at the time, Sutton) and moved out to Houston to become patients of Texas Children’s Heart Team. It was absolutely, hands down, the best move we’ve ever made. When Zak was 8, he was outfitted with an ICD which later proved to be invaluable as it appropriately shocked him four months after implant. It was while we were in the hospital recovering from the shock when we were given the green light to be listed for transplant. All the evaluations and discussions had come down to that particular moment – we knew it was going to happen, but it was still a sobering moment. Zak did well during our wait, though HCM is sneaky and malicious and took away his ability to walk for long distances at a time or eat normal portions of food. He wound up in a wheelchair about five months before transplant, and it was at this time he was bumped to a higher status – we just needed to get him better. 519 days after we were listed, on a Friday evening, we were called – they had found a perfect heart for my son. Zak was transplanted and given a second chance at life on August 31, 2014. He was 10 years old. During one of the many echoes he endured after transplant, the technician asked us if we had heard about Hunt with Heart. We had, seeing as we had spent so much time at the hospital, and very much wanted to be part of such a wonderful organization. The technician told Zak that she would mention his name to Dr. Dreyer, and when he turned 11, he would be eligible to participate in one of the camps that took place in either the spring or fall. Zak was SO EXCITED! He spent years wanting to be ‘normal’ and wanting to participate in activities that required so much more energy than he had – the opportunity to learn and be part of something just absolutely made his recovery that much easier. Zak went on to participate in the fall camp of 2015, and I can say, without a doubt, that Hunt with Heart is part of our family. Our family suffered a tremendous loss last year, on April 20, 2018, when Zak’s father, Clarence Mortensen, passed away suddenly from cardiac arrest. Hunt with Heart reached out to us and we are forever grateful for all the kind words and comfort they provided during this period. Zak is doing so very well – in fact, today is his birthday (2/12) and he is now 15 years old! FIFTEEN! This is someone who was not supposed to make it to their teens… and now, at 15, he’s wanting to learn how to drive, get a job and give back – the same way Hunt with Heart has given to us. Thank you so much for everything!” -Zak’s Mom 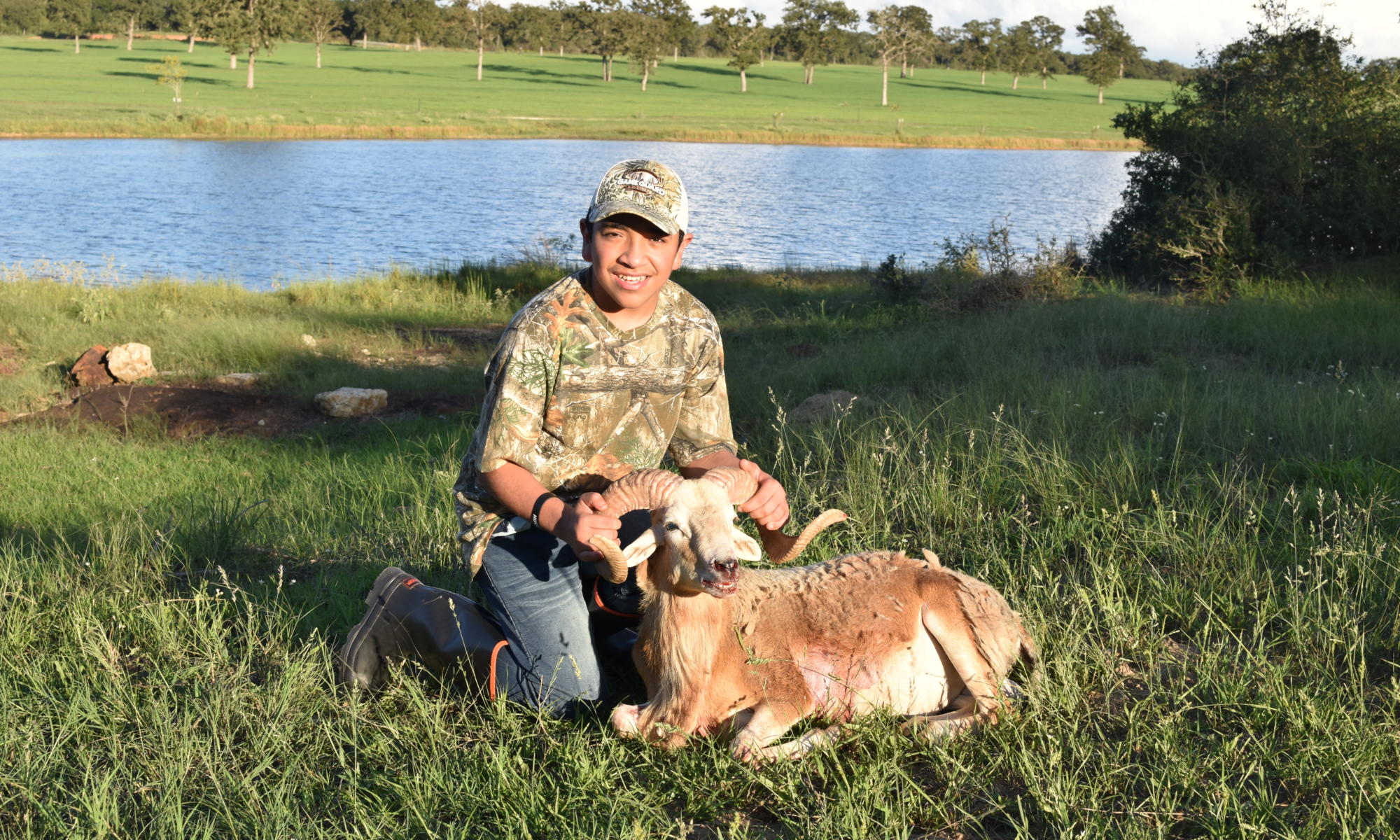 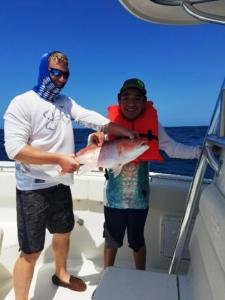 Hi my name is Anthony and sometimes I like to be called Ace. I was born at 35 weeks in Houston, TX with a combination of four congenital abnormalities. These defects, which affect the structure of the heart is called Tetralogy of Fallot. Tetralogy of Fallot is a rare, complex heart defect that occurs in about 5 out of every 10,000 babies. I was born by emergency C-Section on February 22, 2004. My first open heart surgery was at 2 weeks followed by my second at 10 months. The most recent surgery was in 2015 for a catherization at Texas Children’s Hospital. Although at times I might get more tired than other kids, this does not stop me from enjoying the outdoors. Hunt with heart has been a great benefit in making my love for the outdoors even more enjoyable. Fishing being one of my favorite hobbies was how I had the opportunity in meeting my Hunt with Heart family, at a gathering they hosted near Houston, TX. My first time ever going deep sea fishing was at Camp La Pesca with Hunt with Heart. Not only was it my first time going deep sea fishing but also my lucky day in catching 2 red fish with one hook, thanks to the great guides that had the patients in teaching me great fishing techniques. I also had the opportunity of going to Camp Beaver Creek. At this camp I learned the safety of guns, hunting and most of all enjoying all the great food and company of friends with similarities like mine. These memories I’m sure to keep for many years. I am thankful for the opportunities given to me with help of many people who support Hunt with Heart. I thank everyone and hope in making more memories I will cherish in my heart with Hunt with Heart. -Anthony Solis