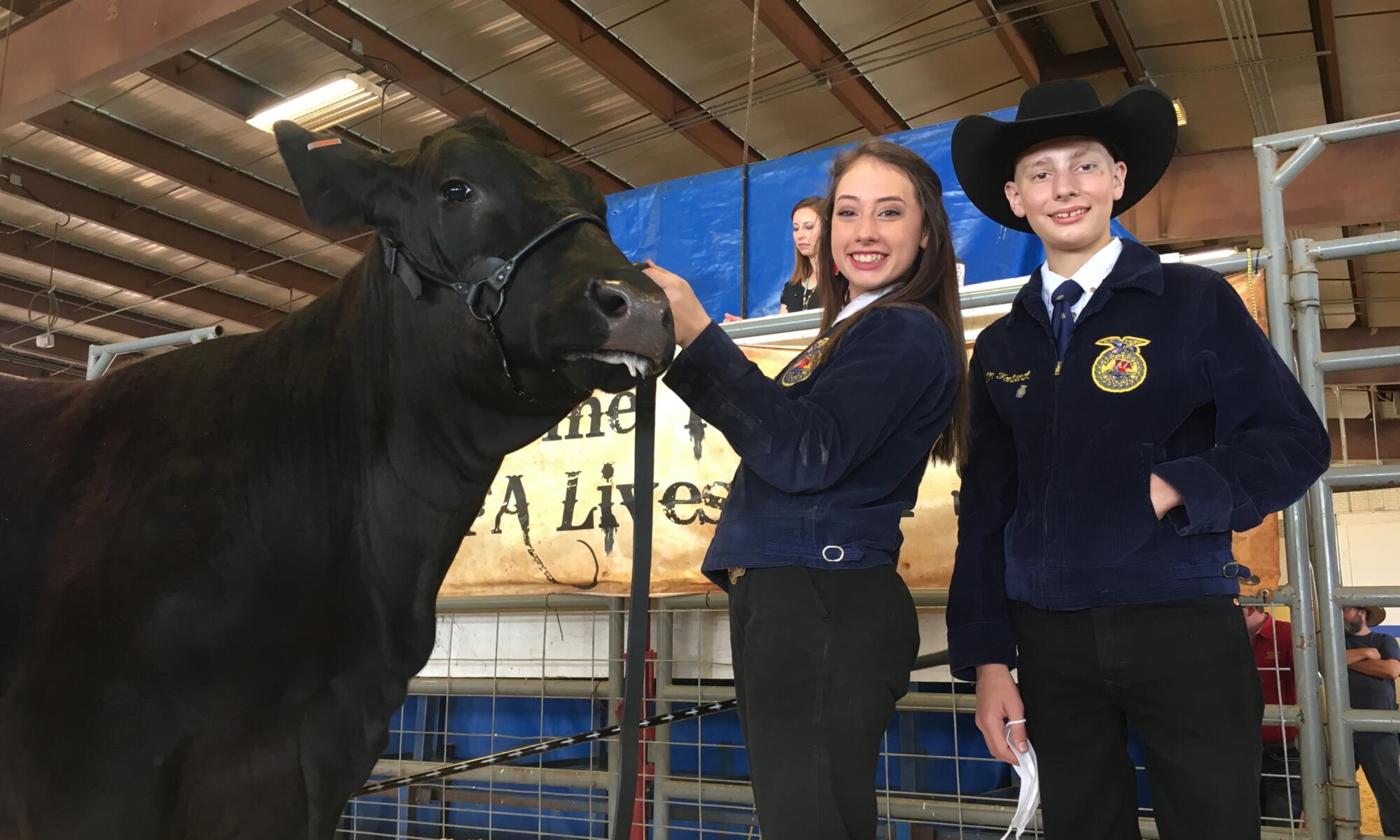 “Hello, my name is Dustin Fontenot, and I am a true country boy.  I love anything outside- hunting, fishing, welding, working with my animals and working on cars.

On January 15th, just one day after my 15th birthday I received a gift no one wants for their birthday, and that was a cancer diagnosis.  Saturday, January 14th, 2017 was just a normal day, it began with me showing my heifer at our local progress show.  Followed with an evening spent with friends and family, including chasing chickens around the yard.  Sunday evening my mom took me to the ER at TCH where within a few hours I was diagnosed with cancer.  We would soon find out it was non-hodgkin’s lymphoma,  complete with a collapsed lung and chest cavity full of fluid.  I was admitted to the ICU and immediately began treatment.  It was a rough 11 days.  Upon being stabilized I was permitted to go home.

The next week I had a port placed to make treatment easier.  A week after it was placed, I was diagnosed with a blood clot from my elbow to my collar bone.  They had to remove that port and place a new one on the opposite side and then remove the blood clot. Because of my susceptibility to blood clots I would now have to take shots 2X a day until my port was removed.  I received chemo for 2 and ½ years including more than 30 spinal taps and I SURVIVED!

Becoming part of Hunt for Heart has meant the world to me.  What started out as an opportunity to do something I had not been able to do for some time (I could not shoot because of the chance of blood clots). Ended up giving me soooo much more…FRIENDSHIPS!  With being out of school half of my freshman year and my entire sophomore year and many absences my junior year, true friendships were few.  Nobody quite understood what it was like to be different and have some limitations. The friends I met at Hunt for Heart have truly become family.” -Dustin Fontenot 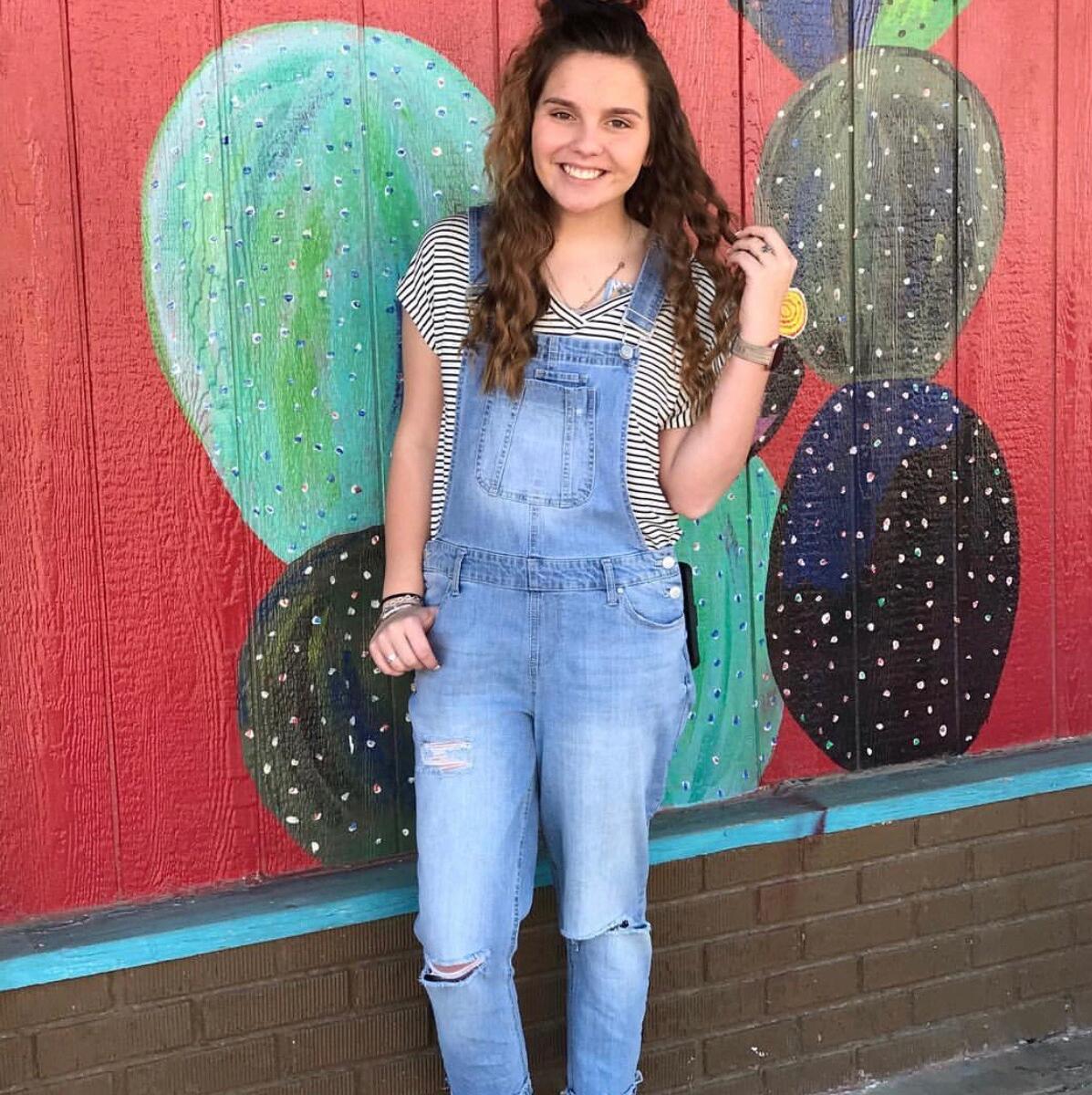 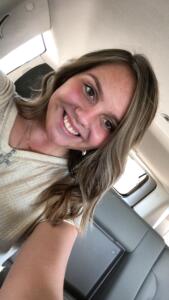 “Hey guys! My name is Kenna Mae Horton! I got diagnosed with Hypertrophic Cardiomyopathy (HCM) in 2012. I was in third grade at the time. At that point my cardiologist was aware that I had the gene for HCM but I was still allowed to participate on my traveling basketball team. My family went to Mayo that next year and I got the news I wouldn’t be able to play anymore sports for most likely the rest of my life. My two brothers also got diagnosed around the time I did. This was a huge adjustment for my family, but luckily we got through the hardest part. We moved to Quanah in 2015 and that was the best decision we ever made. As soon as I got to Quanah I was welcomed with open arms and I got super involved in 4-H. At that time I showed livestock and did a couple of public speaking events. Now I am the President of our local club and I’m a district officer. I absolutely love 4-h and everything it stands for. Not being able to do sports was extremely hard going through elementary and junior high, but once I got involved in extracurricular activities like 4-H I finally felt like I was home. I’ve met so many friends through the 4-H organization and I’ve learned so much about myself through public speaking and leading others. We started getting involved at Texas Children’s Hospital a couple of years later and that’s when we met Corey. She wanted to get us all involved with Hunt with Heart immediately, but unfortunately they couldn’t find any other girls campers so my brothers went to that Spring camp. Two years passed and I had another opportunity to go to the Fall camp. I was extremely nervous going in but as soon as I was there I felt instantly relieved. Allison and the rest of the team work incredibly hard to make everyone feel at home and it paid off. The other campers and junior counselors at the camp made the experience that much more fun! I got really close to my junior counselor, Madeline Woodall, and the other girl camper, Broghan. Some of my favorite memories from camp are the late night talks I had with those girls. The second day I went on the big hunt. I was really nervous but my guide, Case, believed in me so much that I knew I would succeed.  Although my brothers got diagnosed with HCM along with me I continued to feel kind of lonely when it came to not being able to be “part of the team” and I felt like none of my friends really understood what I was going through. When I met friends through HWH it felt like I could talk to these people that have gone through a lot of the same things I have. I am so grateful for Hunt with Heart and all the opportunities it has given me. My memories from the Fall camp are unforgettable and I can’t wait to see all of my HWH fam again!!!” -Kenna Mae Horton