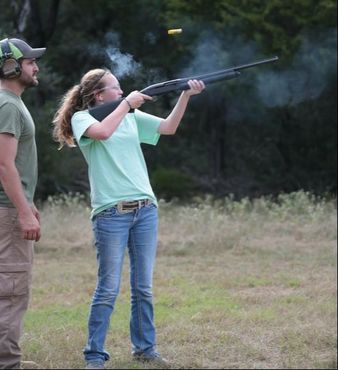 “Cheyann’s heart journey began when I was 5 months pregnant with her. I went to my first ultrasound appointment. My husband was working and could not get off that day, so I went by myself, and had them record it for me. While I was watching the screen, the ultrasound technician did not say much, everything seemed normal. Since this was my 2nd pregnancy, I had been thru the routine before. She told me I was having a Baby Girl! Then after she was done, she said she would just have Dr. Hager, my OBGYN, come in here to see me since it was so late in the day, they were wrapping up seeing all their patients…….Immediately I knew something was wrong! That is not how it went with my first pregnancy…..the doctor did not see me in the ultrasound room. So many things were going thru my head all at once.

After my doctor came in and started looking at the ultrasound himself, the bad news came. My baby has something wrong with her heart, and her organs are not in the right place. He could see that there was a transposition of the great vessels, and that she only had one ventricle. He could also see that her stomach and liver were switched. He suggested I go see a specialist in Houston. The emotional roller coaster began! I called my husband, and he could not believe what I was telling him. I called my office in tears, as they were excited to find out what I was having also. One of my co-workers rushed up there to be with me, since she knew that my husband was at work over an hour away. Our world changed so fast at that appointment!
When we went to see the specialist, he said things did not look good for this baby, and that termination was an option, or we could go to Texas Children’s Hospital to see the cardiology team there. There was no way she would survive if we did not have her in Houston so that immediate intervention and surgery could save her. Of course, without any hesitation, option number one was not going to happen! We placed our baby girl in the hands of God and the cardiology team at Texas Children’s Hospital.
Cheyann was born on September 15, 2003……she was a beautiful, breathing, crying baby girl when she was born! Since we had started going to TCH prior to her arrival, the doctors and surgeons already had a plan in place for her. We knew before she was born that she would need 3 phases of heart surgery. Cheyann had her first heart surgery when she was only 9 days old. She had her Glen when she was 6 months old, and her Fontan was done when she was 7 years old. We were told the Fontan would need to be done around the age of 4-5, but since Cheyann had continued to do so well every year, it was put off until she was 7 years old. Dr. Fraser is an amazing surgeon, and we are forever grateful for him!
Last year in August 2017, just about 5 days before Hurricane Harvey hit, we were invited to go to Camp Beaver Creek with Hunt with Heart. We survived the hurricane, and made it to Hunt with Heart in October. Cheyann was so excited to go hunting! She had an amazing time there! We live in the country outside of Edna, TX, and our whole family loves to hunt and fish. She had a wonderful time meeting and spending time with other kids like her. Most people never imagine having a child with heart defects, and what it is like to constantly be aware of what is going on with them, and staying on top of any illness as simple as a runny nose or sore throat. Meeting the other families and sharing our stories really makes you appreciate so many things. The Hunt with Heart families will always have a special bond. We are so thankful to all the guides, donors, and volunteers who are involved in Hunt with Heart organization.
God has had a great plan for Cheyann! She loves to dance, she is active in Girl Scouts, FFA, and she loves helping others.” -Melissa Parks