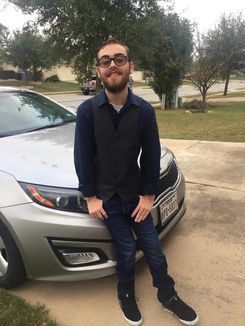 Logan was born January 31, 2000 and had an uneventful first year of life. It wasn’t until he turned 1 year and 1 week old that he became very sick and was referred to a cardiologist for an enlarged heart. His family was told that his heart was only functioning at a13% ejection fraction. He immediately started intensive treatment plans including catheterization, oral medications, and nonstop testing.

but the days he spends with his Hunt with Heart family he isn’t handicapped, he isn’t sick, he isn’t alone. Those are the free moments in his life where his illness doesn’t define him and he experiences his greatest joys in life. They are his best memories.

“There are things every child dreams of doing and despite his disabilities, Logan is no different. He sometimes fails to accept the inability to do things and other times the realization is a crushing blow. As his parents we have had to watch him struggle his entire life. As parents of a child with disabilities, we sometimes struggle with accommodating his dream, so we are forever grateful to Hunt with Heart and Beaver Creek Ranch owners and staff for making Logan’s dream come true. The day he left for his hunt, I had never seen him so excited that he was going with his dad, hunting, just like every little boy dreams! They bragged about the food, the unlimited supply of cookies, the staff, and accommodations. Though he may have required unconventional methods to shoot a deer, Logan’s guide put him in the stand and the boy drew one final breath, held it as he fired his shot, and drew his first breath as a man. In that moment he knew no pain, no illness, no disability, no limits. For a moment he was free!” -Sheri, Mother 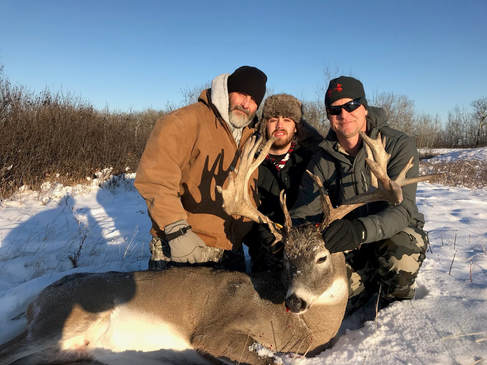