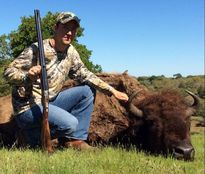 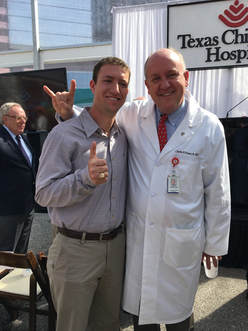 ordan was born on May 29, 1993 with multiple congenital heart defects, which included, pulmonary atresia, ASD/VSD, second degree heart block, transposition of the great vessels and dextrocardia. The cardiologists knew the day he was born that he would eventually need a heart transplant. Two of Jordan’s heart defects would need to be corrected right away so three days after he was born Jordan underwent his first heart surgery at Texas Children’s Hospital to put in place a conduit to bypass his pulmonary valve and a pacemaker to correct his second-degree heart block. He would then have another open-heart surgery at 2 ½ to correct his ASD/VSD and then again at 4 ½ to replace a broken pacemaker wire – that everyone had a good idea broke because of his new-found love for climbing fences! After that, Jordan had a pretty normal life other than daily meds, TCH check-ups and pacemaker battery changes. Jordan was so thankful that God allowed him to be all boy – enjoying some sports (which his dad coached to keep an eye on him), hunting, fishing and camping.

In ninth grade Jordan’s heart began to significantly enlarge and become sluggish in its pumping function. Jordan also began to notice a difference in his energy levels. It wasn’t until the beginning of Jordan’s senior year of high school though that he developed bi-ventricular heart failure and was placed on the heart transplant list. Jordan waited at home while attending high school and looking forward to all his senior year had to offer. However, during spring break, Jordan’s heart went into Ventricular Tachycardia and his health began to deteriorate fast. He was life flighted from Crystal Beach to TCH where he had his heart shocked back into rhythm. Unfortunately, the VT caused a pulmonary embolism and increased the need for a defibrillator. Jordan spent 3 months in the hospital before his heart completely failed which lead him to become the first ever patient to receive the SynCardia Total Artificial Heart in a pediatric hospital. This artificial heart would allow all Jordan’s organs to improve and bridge him to transplant. Five months later, on October 29, 2011, Jordan would receive the gift of life in God’s perfect timing – a donor heart. The following August 2012 he was able to finally attend Texas A&M University Galveston with his new heart ready to focus on the future!

Jordan adjusted to college life quickly and was enjoying his independence even with occasional visits to the TCH ER for not feeling well. Looking back he can see that those trips to the ER were letting him know that his new donor heart was beginning to struggle. In April 2015 Jordan’s heart would once again go into complete heart failure. During the first couple months in the hospital Jordan began to experience trouble breathing and would need to be resuscitated twice. God’s grace and the staff at TCH were amazing! This time to assist his heart the TCH surgeons implanted the Impella , a fairly new technology, in an experimental way so that Jordan would be able to be mobile while he waited on a donor heart. Jordan’s cardiologists were all amazed that he was able to do as much as he did with such low oxygen levels. On July 9, 2015 Jordan would once again receive the gift of life – a donor heart. Praise God! After 5 months in the hospital Jordan returned home with his second donor heart and began to focus on graduating from college. He was able to take a class online for the spring 2016 semester, attend summer classes and graduate December 17, 2016!! Whoop! God is good! Jordan is currently employed by Cudco as a project manager, living everyday to the fullest and forever thankful to his donors, their families, Texas Children’s Hospital and all the prayers that surrounded him!

God has definitely prepared Jordan for his heart journey and encouraged him along the way with all the loving people who have come into his life because of it, especially TCH and Hunt with Heart! According to Jordan:

“I have had the opportunity to be both a camper and a counselor with Hunt with Heart and they both share one thing in common, they were both life changing! As a camper my eyes were opened to what hunting was truly about, sharing my love for the outdoors with kids that have never been hunting. It was also an honor to be awarded the Ambassador Award and invited back to camp as a counselor where I was able to encourage other kids who have also faced tremendous obstacles do to their heart conditions. Without Hunt with Heart most of them would never have gotten the chance to experience what I cherish and love so much – hunting and fishing in the great outdoors! I especially enjoy getting to see their face when they get the chance to shoot their first gun and the huge smile when they get to bring their animal back to camp. Words cannot describe what it means to me to be able to experience those moments with them. I love to hunt and fish, but I would turn down a hunt anywhere in the world if it meant I could attend Camp Beaver Creek! It truly is a life changing experience for me every time a I set foot on Beaver Creek Ranch with the amazing people of Hunt with Heart.” – Jordan, Member 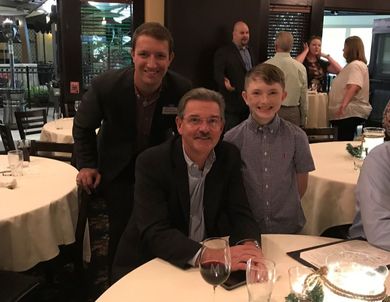 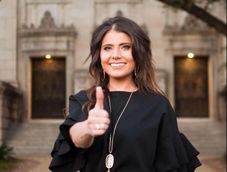 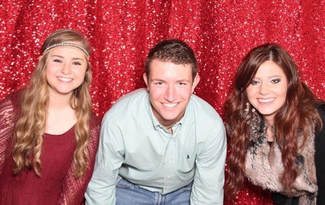 I was born with a rare disease, pulmonary hypertension. The type is called pulmonary veno occlusive disease, which is the most rare of any. I didn’t know I had this disease until, slowly I got to where I couldn’t run or be active without loosing all my breath. I grew up an athlete and in high school, I had to give it all up and didn’t know why. One day, I was swimming and could no longer gain my breath back and was in an induced coma and was not likely to survive. I did survive that and doctor’s thought everything would be fine after. I still had trouble and after a echo-cardiogram, my heart doubled in size and my only chance was a transplant. The disease was a lung disease that closed off any way for blood to pump, causing my heart to work harder. I had less than a month of survival and my doctor said it could take a year before I got lungs. I waited 8 days on the list and received the call. I decided to give everything I had and place it in God’s hands. I was terrified, I didn’t know what to expect. My transplant was successful and was up walking in 2 days. I was released from the hospital in 3 weeks and lived in the Houston area for a year, so that way I could obtain any treatment I needed. The recovery was not easy, it was very painful but now being a runner and playing volleyball, I couldn’t imagine my life being stuck in a wheel chair, on oxygen or not be living to see my beautiful nephew born. This past year I was diagnosed with chronic rejection but with a quick treatment and adjusting my medications, I am now in better standings than I was before rejection. 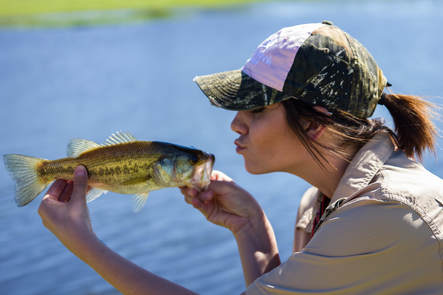 This past weekend, Hunt with Heart had their 2nd Annual Family Clay Shoot Day. Westside Sporting Grounds in Katy, Texas generously hosted us making it a day our families will never forget. Each one of our young people were able to shoot along with one of their family members.
While we were waiting for everyone to show up our families got the chance to mingle and catch up with one another. After catching up we had a short safety meeting, broke into our teams and then we were on our way to enjoy the afternoon on the course. It was a great opportunity for our families to get in some practice and better their shot. After going through the course and getting some great pointers from our guides, we ended the afternoon with lunch and telling stories from the day.
Our 2nd Annual Family Clay Shoot day was a blast making it a very successful day!